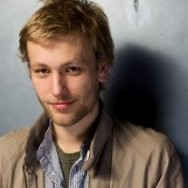 Lau is an experienced creative director and game designer with a focus on social interactions and novel technologies.

He co-founded Danish indie game studio NAPNOK in 2010 releasing several original IPs for consoles. Latest Frantics and Chimparty spearheading Sonys PlayLink Range letting players have fun and control their games directly with their smartphones. Other noticeable projects are Affordable Space Adventures for Wii U (2015), winner of Best Game Design of the year at Nordic Game Awards, and AirHogs Connect: Mission Drone (2017), winner of best-augmented reality toy at the Auggie Awards 2016.

He got a BA in Humanistic Information Science at the University of Southern Denmark and an MA in Media Technology and Game at the IT-Universitetet in Copenhagen.