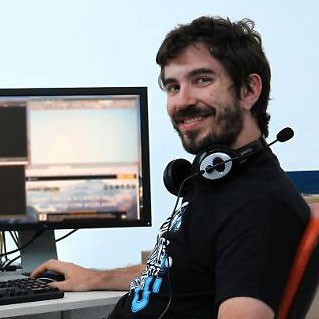 Born in Parma in 1985, Michele Medioli obtained a Master’s Degree in Computer Engineering at Polytechnic University of Milan only with the idea of ​​”making videogames”.

After a 3-year experience in the world of video editing, he worked in Ubisoft Milano for 5 years as Technical Artist and UI Technical Artist on titles such as some of the Just Dance series (technical support for Ubisoft Art Framework users; video / textures integration in the game engine, debugging and optimization of the artistic side of the game levels, animation of the background events), Ghost Recon: Wildlands (functional and technical analysis of the tactical map, integration of UI assets in the engine, 3D UI technical support), Mario + Rabbids: Kingdom Battle (UI technical direction; UI editing on Snowdrop; UI Artist via Photoshop Script support; user interface optimization).

Expert in UI graphic and technical support in real time graphics, he currently works in the field of information systems architectures at Cedacri S.P.A. Waiting for the next adventure in the world of pixels and polygons.