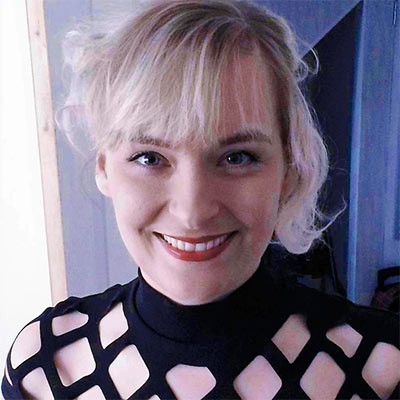 Mila Irek is among the most respected exponents of the new generation of lead quest designers for videogames.

Born in Poland but currently based in Oxford, she was an associate professor at Oxford Brookes University, where she conducted research on diversity in literature and contemporary fantasy genre. Since 2014 he has been active in MuHa Games, an indie game studio born of former CD Projekt Red developers. She quickly beccame the writer and lead quest designer.

Mila has established herself internationally as a member of the small team (four game designers and a programmer) who created Thea: The Awakening, a combination of fantasy, strategy and survival game.
To be able to develop the project, the team had to face physical and financial limitations, but all efforts were rewarded by the success of the game, launched in November 2015.

After the successful launch of Thea: The Awakening, Mila is now continuing work with MuHa on the sequel, Thea 2: The Shattering, whose Kickstarter campaign reached in just over a month 129% of the budget required for the project.

In her spare time, Mila is working on her first novel and helping out as part of the Monte Cook Games editorial board.
She  is often invited as a speaker at game related conferences such as Devcom 2017.