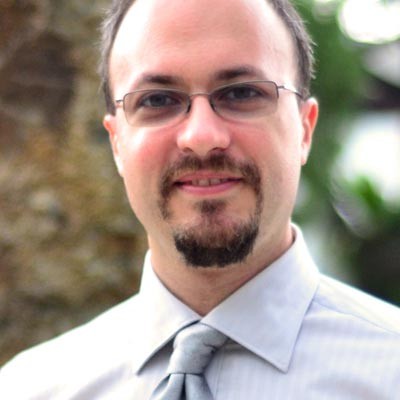 Originally from Italy but currently based in Singapore, Dr. Roberto Dillon is active both as a game designer and as an educator nurturing the next generation of game developers.

As a developer himself, Roberto founded the Singapore based indie studio Adsumsoft and his games have been showcased at events like Sense of Wonder Night in Tokyo, FILE Games in Rio de Janeiro and at the Indie Prize Showcase Asia, besides reaching top positions on both Google Play and Apple’s AppStore in several categories across major and emerging markets alike.

He wrote different books for AKPeters, CRC Press and Springer. These include On the Way to Fun, where he introduced the 6-11 Framework, a game design methodology now referenced in several university curricula as well as used by game designers in big and small studios alike, besides books on game history and practical handbooks such as HTML5 Game Development from the Ground Up with Construct 2 and 2D to VR with Unity 5 and Google Cardboard to introduce aspiring developers to the world of game making.

As an academic and educator, Roberto was the Game Design Department Chair at DigiPen Institute of Technology Singapore where he taught game mechanics, level design and game history classes a.o., with several of his students gaining top honors at the IGF both in San Francisco and Shanghai.
He is now lecturing Game Design and Project Management subjects at James Cook University Singapore, where he is also the Curator of the JCU Museum of Video and Computer Games, the first museum completely dedicated to the preservation of video games in South East Asia.
Many of his students are now successful professionals in companies like Ubisoft, Bungie, Konami, King and many others.