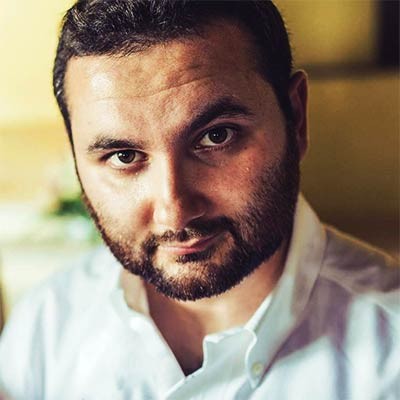 Valerio Di Donato is head of one of the spearheads of the video game industry in Italy, 34BigThings, based in Turin. Author of the international success Redout, futuristic racing game released on Pc, PS4, XboxOne and Nintendo Switch and supported for over a year with numerous DLC and additional maps.

His skills cover the full spectrum of the “full stack game developer“, a deep direct knowledge of all the phases and specializations of the production process concerning a videogame (game design, programming, AI, PCG, 3D, 2D, shading and sounds). He also has an extensive experience with Unity, Unreal Engine 4, UDK and Game Engines Architectures graphics engines and he has developed using C ++, C #, Java, OBJ-C and scripting Javascript, coffee languages and lua. He wrote three game engines (two in C ++ for Windows and one in 2D in HTML5 for Web and Mobile)

34BigThings was born in early 2013, as “a temporary parenthesis in Italy before moving to America”. The parenthesis closed quickly, once the potentials on the territory were understood. In fact, Italy was exploding with the desire to do something of value and to find creative release valves in the video games sector. Among Valerio’s merits is that of having created an environment favorable to those people who had the right skills, grouping them in one place.